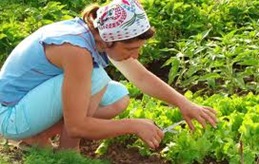 Many of the employed residents work in the services industry (41.7%). The manufacturing sector employs many residents as well (20.3%). Thirty-eight percent of those employed are blue collar workers and 51 percent are white collar workers.

The residents all fit within the tapestry segment, Heartland Communities. Esri defines this population group as settled and close-knit individuals with a median age of 42.8 years. Approximately half of the residents have already retired, many in the same towns where they have lived and worked their whole lives. Children are found in 30 percent of the households and diversity is minimal with nearly 9 in 10 residents being white. The median household income is $35,160. Because of low home value, their median net worth is $46,091. Forty percent of residents are employed in service industries. The percentage of the population aged 25 or older who has completed high school is higher than the U.S. level, but the percentage who has attended college is significantly lower than the U.S. figure.

Our Healthcare
Our Education
Our Recreation Facilities

Also In This Section...

Our History
Our Housing
View on Mobile